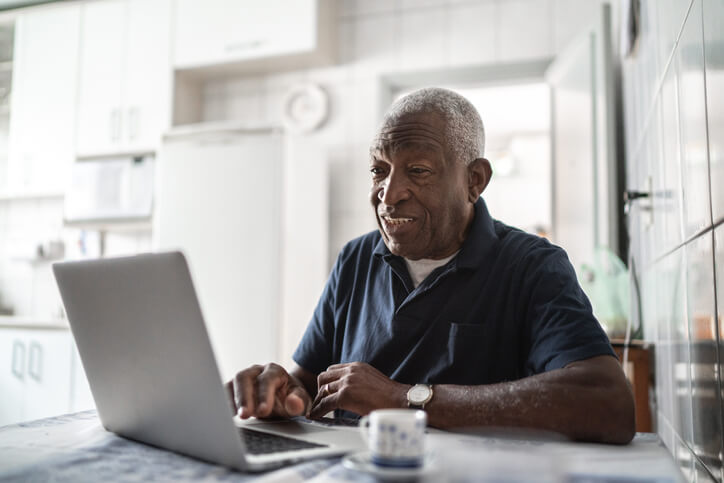 Tech support scams are rampant these days, and tech scammers are obnoxiously brash. How do I know? Because it hits close to home. My elderly father was a victim not very long ago.

Before he moved to an assisted living community and when he lived in his own home, my dad would typically receive three or more scam calls a day. You know, folks purporting to be the IRS, the “Warranty Department,” the Social Security Administration, Publisher’s Clearinghouse, etc. It was pretty easy to tell that these were scams.

However, one day, Dad received a cold call from a North Carolina company purporting to be Microsoft’s vendor. The man on the phone claimed that Microsoft had authorized him to call because Dad had a “serious virus” on his computer, and if Dad didn’t act now, the virus could potentially shut down access to his computer files. The fraudster then asked Dad to grant him with remote access to Dad’s computer. Dad believed the man, so he readily complied without remembering that he had no Microsoft applications on his computer – only the Windows OS. The man asked Dad to pay $249 upfront for the services that he was about to render. Dad gave him his credit card information, and the scammer went to work. It appeared to Dad that the “support technician” was searching files on Dad’s computer, because Dad could see a rolling list of files appear in white on a black screen. The process took a couple of hours, and the man asked Dad to hang on the phone while he worked.

It’s increasingly commonplace for tech scammers to impersonate tech support specialists and claim they’re calling on behalf of Microsoft or Apple. They try to convince victims that a serious problem with their computer or mobile phone must be addressed. The fraudsters may pretend they work for a reputable tech company, or they may use a pop-up screen declaring that the victim’s computer has a virus problem that must be fixed.

Does this sound familiar? Then STOP. This could be a Tech Support Scam. These fake “technicians” want to gain access to your personal information such as your bank account, your credit card files or your health data. They persuade you to pay for services that you don’t need.

In Dad’s case, after a couple of hours, the phony technician reported that the virus had been removed, and Dad could get back to work. When Dad hung up with the man, he soon discovered that his computer had been corrupted and he could no longer access any files. The fraudster had placed malware on his computer. Now, Dad was stuck with a computer that had irreparable damage, and he was also out $249.

If you’ve had a similar experience, don’t buy into these false claims. Fake “technicians” are out to steal your money and personal information, not fix your device. In my Dad’s case, Geek Squad could not repair all of the damage and could not retrieve Dad’s lost files, so the computer basically had to be thrown out – files and all. He complained through several federal and local websites as well as Microsoft’s website but to no avail.

So, if you receive a phone call that you aren’t expecting from someone who claims there is a problem with your computer, hang up. You can also visit Microsoft for more helpful tips.

Want to know more about how tech support scams happen? Read my blog, “How Do Tech Support Scams Happen?”, next month.

Laurie Head is an owner of AIS Network.